skip to main | skip to sidebar

Georgia on my mind...

I was gone all last week. I went to my brother and sister-in-law's house in Georgia to visit with them a while. I had a blast going to the zoo and the aquarium, hitting all the stores we don't have here, and plundering the antique stores of Braselton. I also got to hang out with some good friends from the area. It was a pretty wicked awesome week.

While I was in Georgia I picked up a few things at Toys R Us, and I received a few things from my friends. Just thought I'd share the haul here: 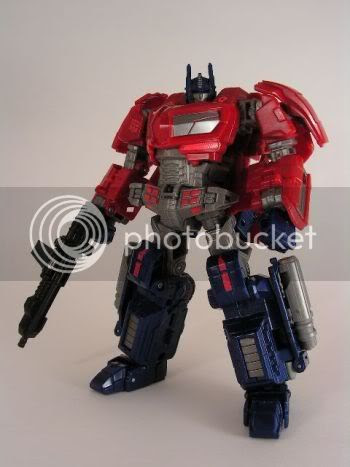 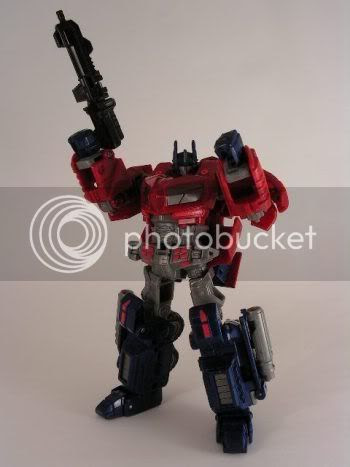 It's a deluxe figure, which means it's about 6 inches tall and costs around 12 bucks. This is the first time in a long time I have felt like I got my money's worth in a Transformer this size. He's well articulated and looks pretty darn dynamic in just about any pose. 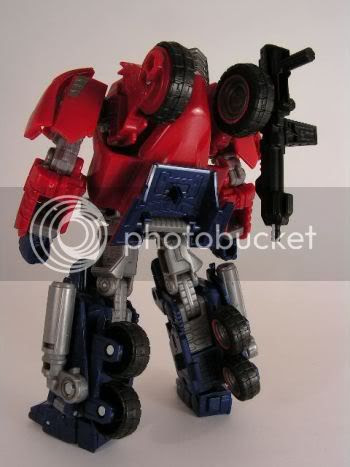 His weapon stores on his body when not in use, which is a big plus for me... I always dug it when they designed them to do that. 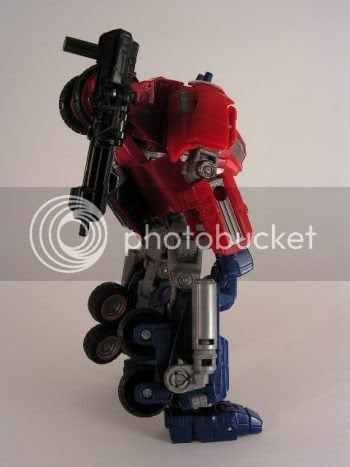 Prime has ball joints all over the place, so he's able to stand really well. The gun he comes with stores on his back... 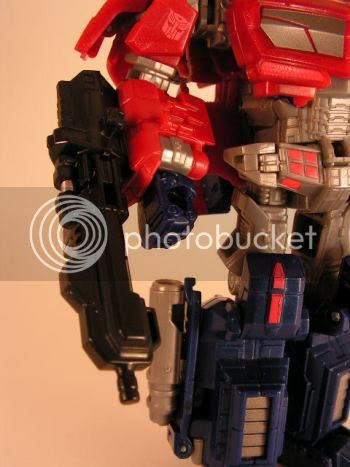 ...or on the back of his forearm. It folds up and is spring-loaded so that it snaps back into shape with the touch of a trigger. 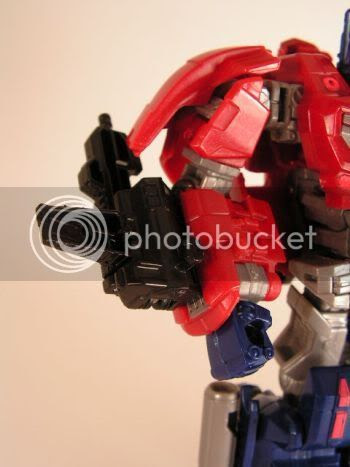 There are several ports on the body that the pegs on the gun fit, so you have all kinds of options for storing/displaying the weapon. The ports are sized to fit classic Transformers weapons, so you can deck him out like crazy! 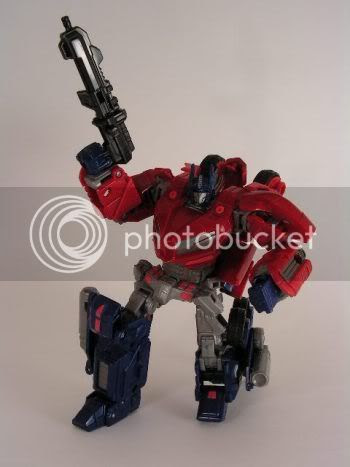 See what I mean by poseability? He looks so awesome!!!

The design of the figure is deceptive... you think he's going to be easy to transform... and then... 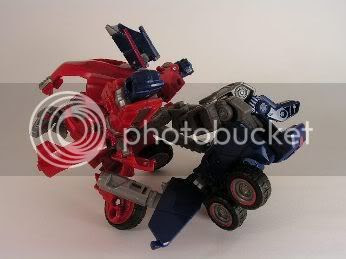 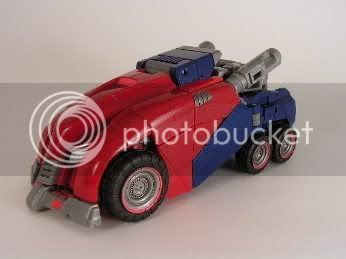 This is his alternate form... some kind of Cybertronian lowrider. 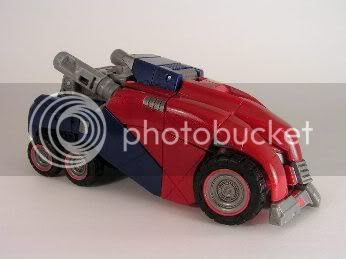 It's a really powerful looking vehicle with exhaust pipes and extra wheels. 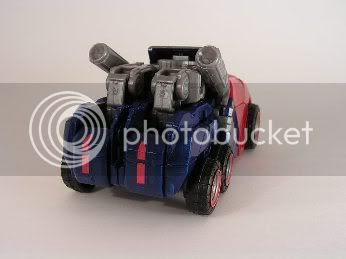 The kneepads fold up to become the tail lights, which is kinda cool. I wonder if they blink when he turns left in robot mode... 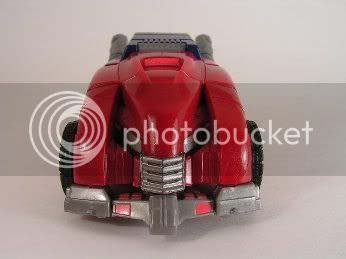 It's nice to see the windshields through the armor there. It suggests slightly the big truck Prime would eventually become without being overly earth-vehicle-like in nature.

A very nice figure that's well-worth the price. Grab one while you can... these suckers are hot right now!

A few days later I found a figure I had been looking for since it came out, but I had always missed it in stores. 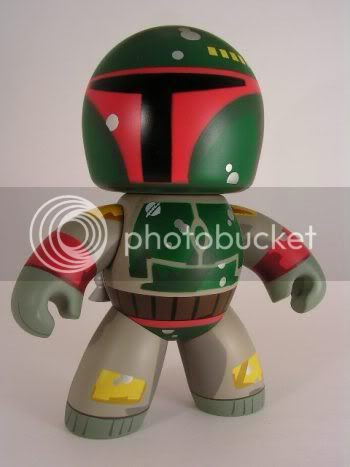 This is the Mighty Mugg Boba Fett. I'm not really crazy about Mighty Muggs, but I am nuts about Boba Fett. He's a cute little chubby guy, and he makes a great addition to my Boba collection. 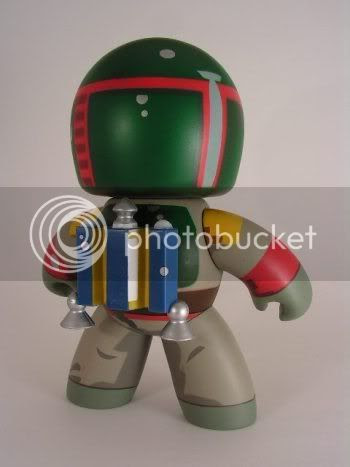 I was kinda shocked when I saw him on the shelf. It's the old figure... the package had a fine layer of dust on it, which makes me think it had been in a store room or something. I got him for about half the price of a new one, so YEAH! Oddly enough he didn't come with a gun... that's pretty unusual in my book. I'll have to make him one.


I met up with some friends, and they had a few things for me. We always send stuff to each other because we're pretty much awesome. Yeah. They surprised the crap outta me when they handed me all this awesome stuff... 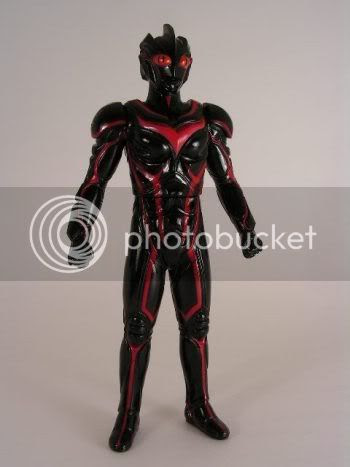 This is Dark Zagi, a character from Ultraman Nexus. I haven't ever seen any episodes of Nexis, but this dude just looks unbelievably awesome. 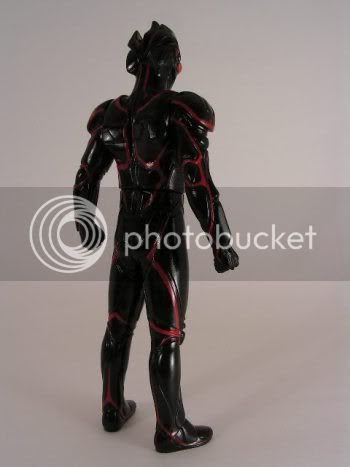 He's all armored and shiny black... what a cool looking guy! Evidently he's the master of dark evil or something. I bet Ultraman can whupp him! 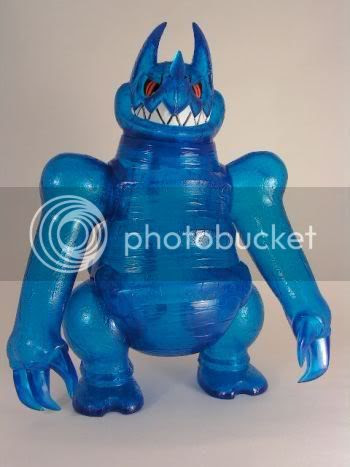 This is Skull King. He's one of the Kaiju For Grown Ups from Wonderwall. Japanese artist Touma designed this wicked dude, and this version was released in an extremely limited quantity. 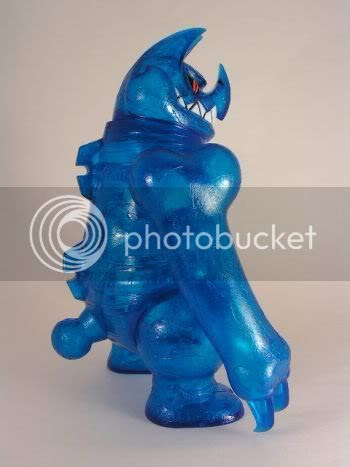 He has a really cool bone-like texture over his body, and he appears to be made of individual bones. 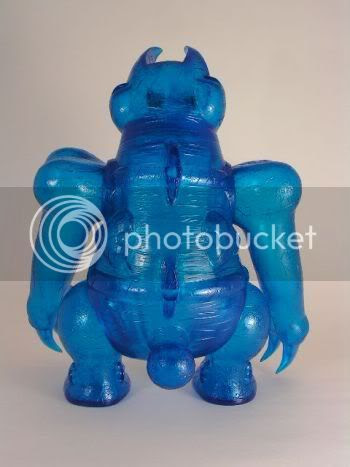 He has a very distinctive look that marks most of Touma's work. He has very sharp, curved lines and a saw tooth grin. 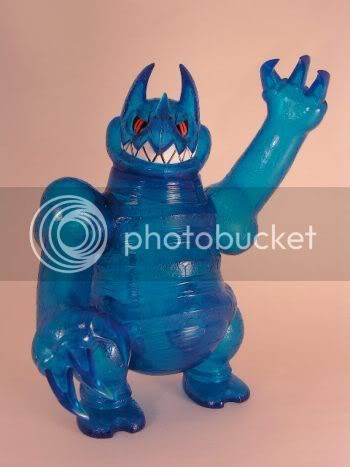 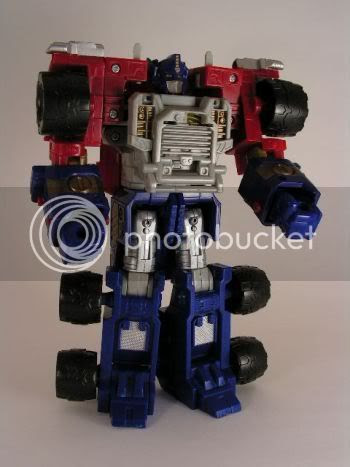 This is Armada Optimus Prime. Another friend of mine gave me this this past week because he knows I dig Prime. 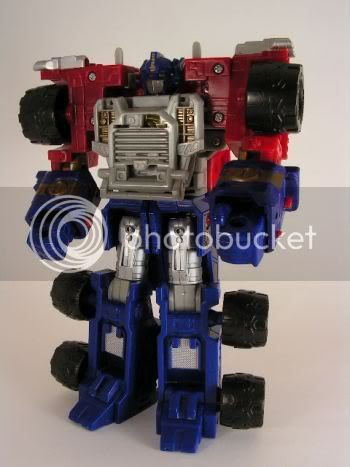 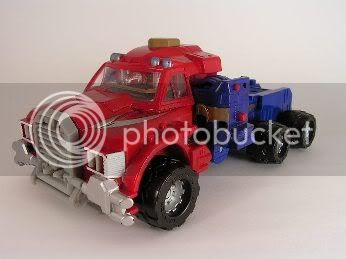 He has electronic features, but the button cell batteries are dead, so I'll have to get some new ones. 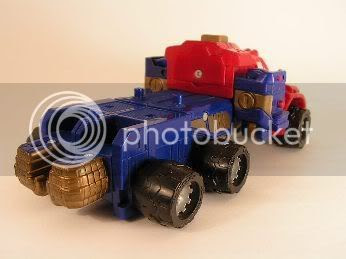 He comes with a trailer, but I forgot to get pics of it. Maybe I'll post those at another time. He's so cool looking! 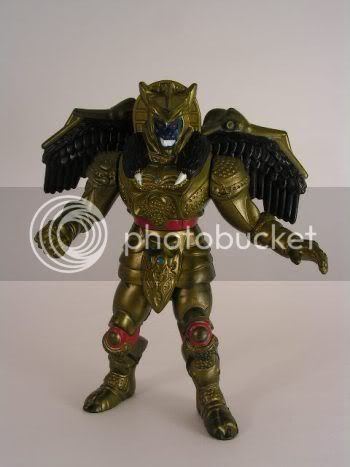 My sister-in-law's son has grown out of his toys, so he let me rummage through his stuff and pull out what I wanted. I snagged this awesome 5 inch Goldar figure... 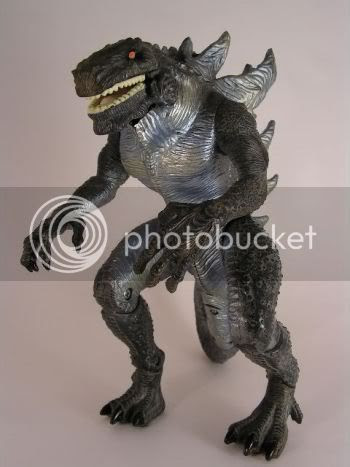 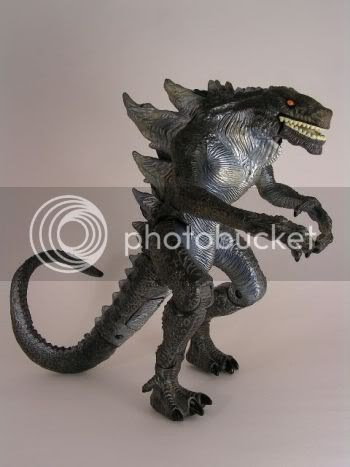 He has a whipping tail, moving jaws, and a roar sound effect. He actually looks really nice sitting with my other Godzillas!

This isn't all the goodies I got on my trip... I just thought I'd show the highlights! Hope you enjoyed it!
Posted by Monsterforge at 8:46 PM 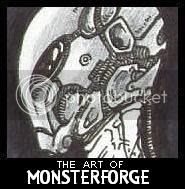 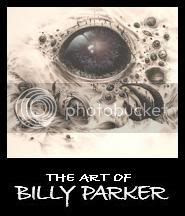